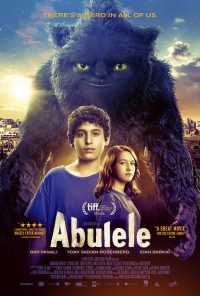 Abulele (2015) is the story of Adam, a 10-year-old boy who is struggling to coop with the death of his old brother a year prior. Everything changes for him when he meets Abulele, an ancient monster that is hiding in the basement of his apartment building.

Local legends have always spoken negatively of the creature saying that he is extremely dangerous. Adam soon realizes that the bear-sized Abulele is actually a friendly, playful, and misunderstood creature.

When a special-forces government team shows up to try and capture the creature, Adam, with the help of his 10-year-old neighbor, Tamar, must help hide the monster until they can help him find his way home.