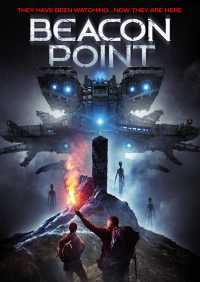 To mourn the death of her father, a young woman decides to take a 10 day guided hike on the Appalachian Trail, but instead of catharsis she and fellow hikers find a terrifying ancient force intent on doing them harm.

Let’s just get this out of the way quickly: Beacon Point isn’t good, at least by traditional cinematic measures. The dialogue is laughably bad, the acting wavers between stiff and absurd, the special effects are 90s-television quality

and many scenes appear to have been lifted directly from the most recent Blair Witch movie.

Yet somehow Beacon Point is very watchable. In fact, at some points it is down right compelling. Part of this is because Beacon Point is so bad that it’s occasionally good. It’s hard not to get excited for the next strange conversation or idiotic character action.

But this is more than just tasty junk food. Beneath Beacon Point’s lousy exterior lies a very creative central idea, an idea that director Eric Blue (who co-wrote with Traci Carroll) sees through to the very end, where it reaches a twisty, satisfying conclusion.