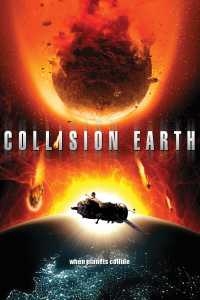 A maverick scientist discovers that the planet Mercury has been knocked off its normal orbit by a wave of magnetic energy and is now headed towards Earth.

A TV movie made for the SyFY channel this provides ninety minutes’ hokey fun in an endearingly old-fashioned way. More than anything it reminded me of a Saturday morning serial, what with spaceships, meteors, super-computers, missiles and a nick-of-time climax.

The film opens on board the Nautilus, a US spacecraft on a monitoring mission to Mercury. While performing a routine manoeuvre a sudden wave of electro-magnetic radiation emanates from the sun, engulfing the ship. Back on Earth, former government scientist

Dr James Preston (Kirk Acevedo, from BAND OF BROTHERS) is giving a lecture to a half-filled theatre. He warns of the threat to Earth from asteroids – apparently there are thousands of these things up there “And they are just the ones we know about”,

the good doctor explains – and urges those present to contact the government to demand the resurrection of his mothballed Project 7, an amazingly sophisticated deflection system designed to offer protection against this very threat.