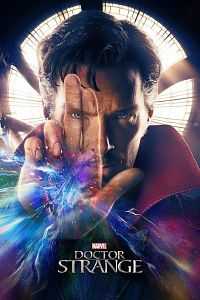 Marvel fans, rejoice! Your latest dose of Marvel Cinematic Universe goodness has arrived, administered by the Sorcerer Supreme, Doctor Strange himself! And with a new Marvel film comes a very familiar quandary: to 3D, or not to 3D? Normally, we’d be inclined to outright write off a Marvel flick in 3D, as historically they mostly have been wastes of money (with some exceptions). But the powers that be in the Marvel Studios camp have been touting Stephen Strange’s journey into the mystical as the MCU film to watch in 3D. Kevin Feige has talked a pretty good game, but can the film live up to it?

That’s what we’re here to learn today, so if you’re looking for our review of Scott Derrickson’s magical odyssey, you’ll want to click here for our own Eric Eisenberg’s write-up of the film. However, if you’re here to see if Marvel Studios has delivered on their three-dimensional promise, you’re in the right place. So align your chakras and open your third eye, as we evaluate the 3D presentation of Doctor Strange!

Comic book movies and 3D are like peanut butter and chocolate. Superpowers should be a tremendous delight in 3D, but Doctor Strange is a pretty big prospect when it comes to the format, as time, space, and dimensional fabric are all tinkered with to great lengths. With both the trailers and the special 15 minute IMAX preview showing off what the film was capable of, 3D has always seemed like a safe bet for Doctor Strange.