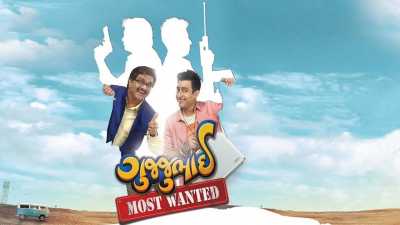 GujjuBhai – Most Wanted is a 2018 Indian Gujarati comedy film directed by Ishaan Randeria. This is the second film in Gujjubhai film series and sequel to Gujjubhai the Great (2015). It stars Siddharth Randeria and Jimit Trivedi in the lead roles. The film opened on 23 February 2018 to the mixed. Gujjubhai and his son Khagesh try a shortcut to earn money which gets them into trouble with terrorists and cops. Ishaan Randeria, son of Siddarth Randeria, wrote the story, screenplay and directed the film. The film also stars Siddarth Randeria and Jimit Trivedi as father and son. The film was shot in Ahmedabad in February 2017. Some parts of the film was shot in Bhujia Fort in Bhuj, Kutch.