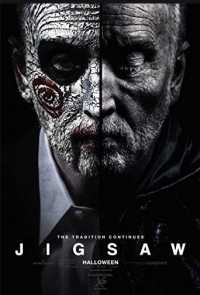 From Saw (2004) to Saw 3D (2010), the ingenious, gruesome franchise owned the week-of-Halloween release date. After seven entries, the series seemed to run its course, ceding its calendar spot. But, in horror films, nothing ever stays dead. Here’s a resurrection and a reboot all in one

should become cosy with repetition, but the Saw saga trades in fairytale gothic within its hardboiled mystery frame – the tricycle-trundling puppet, the word games with splatter, Tobin Bell’s whispery sincerity, and fable-like moralities as fallible folk suffer ironic mutilation.

There’s comfort in the ritual, especially when the makers of individual entries remember the dictate of creators James Wan and Leigh Whannell that the game should always be play fairly. This presents screenwriters Josh Stolberg and Pete Goldfinger (Sorority Row, Piranha 3D) with a problem – Jigsaw died back in Saw 3.