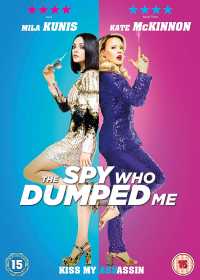 It’s pretty much impossible for Kate McKinnon to dip below a basic level of funny, and her presence keeps the fizz in this spy spoof action-comedy from director and co-writer Susanna Fogel. McKinnon works well with her co-star Mila Kunis

although as so often in this kind of film, you suspect that they could get more laughs by doing some extended on-camera improvisation. Well, that isn’t how the genre works.

Kunis plays Audrey, distraught because she has been heartlessly dumped via text by her boyfriend Drew (Justin Theroux), who is, quite without Audrey knowing it, a secret agent. Her mercurial and intensely loyal best friend, Morgan (McKinnon)

comforts her in such an empowering way that the two of them wind up on a chaotic but kickass spy adventure that takes them all over Europe, crashing cars and butting heads in Vienna, Paris and Berlin.