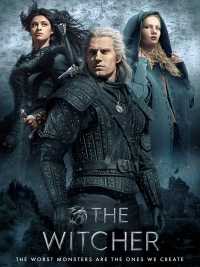 The Witcher TV series is not Game of Thrones. There are too many oversaturated scenes and folk tale monsters. It’s not Lord of the Rings. There’s too much pointless death with zero lessons learned. It’s not quite the books or the games it pulls from, either, but somewhere suspended in between.

The first season of The Witcher show is an original interpretation of Andrzej Sapkowski’s fantasy epic with a massive Netflix-sized budget, and it’s not just a great adaptation, it’s one of the best shows I’ve seen this year.

Almost an anthology, we follow Geralt between villages and castles as he takes on dirty jobs for dirty people from every class and background.

The Witcher’s world is a cynical one, perhd on a history of brutal colonization, endless wars, and magic that doesn’t allude to gods and purpose but is literally chaos itself bent into submission. It’s where monsters are often more sympathetic than humans