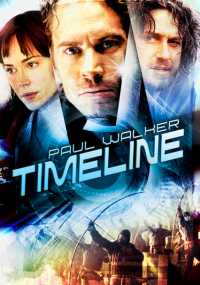 As I left the screening for Timeline, one of the movie minders observed that I had been laughing. I was, he said, vaguely vexed, laughing at parts that weren’t even funny. And you know, what was up with that?

Granted, there may be parts in this film that aren’t funny, or better, aren’t meant to be funny. But all the zoiksy illogic and spinning plot points give Timeline a strange energy. This in spite of the considerable dampening rendered by that most earnest of young wet blankets,

Paul Walker. As Chris, rebellious American-twanged son of British archeologist Edward Johnston (Billy Connolly), Walker makes good use of his two facial expressions, while the film flies in 20 simultaneous directions all around him. Sometimes, it’s good to be stiff.